The Plague of Plastic Straws

The figures showing how plastic straws are one of the major environmental disasters of our time are truly horrendous. With an estimated 8.5billion single-use straws thrown away each year, the UK Government is talking publicly about a ban, whilst the number of plastic straws used by Parliament has doubled in the last three years. Added to this, the fact that experts are also warning that it can take between 200 and 500 years for plastic straws to decompose, is increasing public awareness of this problem.

Thanks to the beautifully filmed but poignant BBC’s Blue Planet II and its legendary narrator David Attenborough, the plight of the oceans and its wildlife were highlighted not just here in the UK but, as the programme was syndicated, around the globe.

Even casual searches on the internet can uncover dismaying videos of animals maimed by plastic straws such as this horrifying clip about a turtle which shows the removal of a 10 cm (4 in) plastic straw that was entirely embedded into the nostril of an olive Ridley sea turtle in Costa Rica. This short but very difficult to watch video has been viewed by over 19 million people so however sad it is to see, the video has helped to raise awareness. Incidentally the turtle did survive the procedure.

And whilst you are on YouTube it is worth spending a few minutes watching how Seattle is combating the use of single use plastics and the trailer for STRAWS . This is a documentary film that charts the history of straws, and continues to present daily issues that surround our current culture's obsession of single use conveniences. Used once and tossed, billions of non-recyclable plastic straws are used annually winding up in landfills, littering streets and finding their way to oceans. The Ocean Conservancy ranks straws as the number five most popular collected item at beach clean-ups behind bottle caps, wrappers and cigarette butts. Actor/Director Tim Robbins narrates a humorous history of straws, and Director Linda Booker interviews marine researchers, artists, citizen activists, and business owners in California, Costa Rica and North Carolina about how it's possible to make a sea of change, one straw at a time.

Linda, who is making the rounds of the Spring film festival circuit in the United States, says the turtle video, in part, inspired her to take on straws as a film project. She interviewed the scientists and included them in her film. “I believe a lot of the catalyst for these straw campaigns was the video of the straw in the turtle’s nose,” she says.

Amazingly this small, slender tube, utterly unnecessary for most beverage consumption, is at the centre of a growing environmental campaign aimed at convincing people to stop using straws to help save the oceans. Except for people with medical needs, straws are not needed to consume beverages or water.

“Ten years ago, straws weren’t everywhere. It used to be at a bar, you’d get a straw. Now you order a damn glass of ice water and they put a straw in it,” says Douglas Woodring, founder of the Ocean Recovery Alliance, a Hong Kong-based group that is working to reduce ocean trash. “Part of it, I suspect, came from people’s fear of germs.” 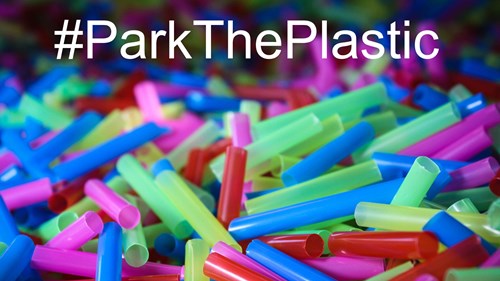 Fear of disease appears to have helped increase our consumption of straws as this infographic from the World Watch Blog explains. Even more recently it seems the 2003 outbreak of the SARS respiratory illness that spread from China also added to our straw usage.

Small and lightweight, straws often never make it into recycling bins; the evidence of this failure is clearly visible on any beach. And although straws amount to a tiny fraction of ocean plastic, their size makes them one of the most insidious polluters because they entangle marine animals and are consumed by fish.

“If you have the opportunity to make this choice and not to use a plastic straw, this can help keep this item off our beaches and raise awareness on plastic in the ocean,” says Jenna Jambeck, the University of Georgia engineering professor whose ground-breaking 2015 study was the first measurement of how much plastic debris enters the ocean every year.

As straws have proliferated, so have anti-straw campaigns. Some groups have attention-getting names like Straw Wars in London’s Soho, or Straws Suck used by the worldwide Surfrider Foundation. Others have been organised by the younger generation of environmentalists, such as the OneLessStraw campaign, set up by a sister-and-brother team, Olivia and Carter Ries, when they were aged 7 and 8.

Last year, The Coral Keepers, students at Whitehall Middle School in Whitehall, MI, along with their advisor, Susan Tate, founded National Skip the Straw Day to encourage Americans to give up the straw habit and help spread awareness about the damage caused by disposable plastics. They even gave some suggestions for non-plastic straws:

Ever since the company first started, I Love meet and greet has recognised that both car and air travel have an impact on the environment so we have created our own campaigns for protecting the environment including planting trees, encouraging bees and counting butterflies.

With the plastic straw problem, however, we felt we needed to do more than raise awareness and wanted to create an initiative that would make a real difference. So, from this Easter we are going to be giving all our customers free re-useable stainless-steel straws. Packaged in an eco-friendly pouch along with a cleaning brush, these straws will catch our customers when they are just a few hours away from ordering their first holiday drinks and in this way we think our campaign will be the best way we can help to protect the planet.